Warning: count(): Parameter must be an array or an object that implements Countable in /homepages/38/d32162185/htdocs/test/wp-content/plugins/speakout/includes/class.petition.php on line 307

Warning: Use of undefined constant ‘CLP’ - assumed '‘CLP’' (this will throw an Error in a future version of PHP) in /homepages/38/d32162185/htdocs/test/wp-content/plugins/speakout/includes/emailpetition.php on line 121

We the undersigned are members of the Labour Party* who are very concerned about the recent `purge` carried out by the Compliance Unit. The lack of natural justice and lack of due process, the appalling lack of communication, and the infringements of the Data Protection Act makes it clear that the Labour Party must transform the whole system. The statement below concerns a case being brought by Glynis Millward against Iain McNicol (general secretary of the Labour Party).

The acknowledgement of service form for the court case says:

`Iain McNicol ( sued on behalf of all other members of the labour party except the claimant).`

We understand that this reference is made in the purely formal legal sense, but it is of such importance to us.

As a reflection of the underlying truth of how so many members think and feel about the `purge`, the DPA infringements, and the lack of natural justice in all the cases of the `purge` we consider it right and just to express our displeasure in being named as a collective party in opposition to Glynis Millward`s case.

I wish it to be known I exclude myself from the claim by Iain McNicol that he speaks on my behalf in the case of Glynis Millward v Iain McNicol. 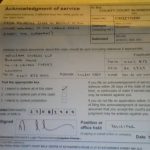 Glynis Millward has made it very clear that she does not accuse the Labour Party as a whole (which is all members) and indeed is herself concerned at the lack of due process applied in many of the cases, as well as the data protection abuses.

We are mindful of the great distress felt by members over this and are in the process of demanding that changes are made to ensure that this cannot happen again.